How to Reheat Pulled Pork

Pork BBQ is a staple dish in America, especially during the warmer months of the year. Each region has their own take on how to prepare pulled pork, whether it be smoking, grilling, or cooking it in an oven – and all these BBQ variations are tasty. But what does a BBQ master do with the massive number of leftovers after cooking pulled pork? In this article you’ll be told all the best methods on how to reheat pulled pork and keep it tasting just as good as it did when it first came off the grill.

A pork butt will typically weigh around 10 pounds and unless you’re cooking for a large group of people, there’s going to be leftovers. Reheating pulled pork properly is just as important as the original cooking process.

After rubbing shoulders with BBQ experts from across the country, we’ve put together a hotlist full of life hacks and easy to follow steps when it comes to enjoying reheated pulled pork. 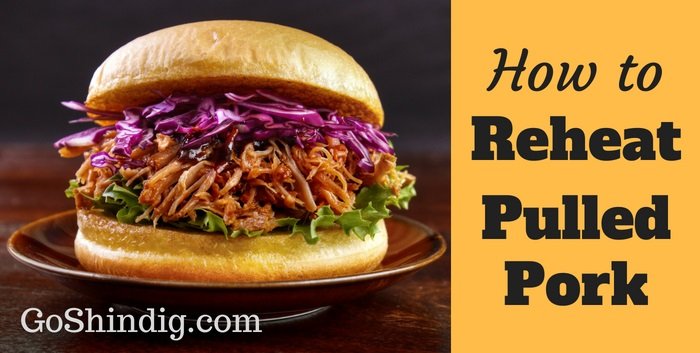 The interweb is full of delicious BBQ pulled pork recipes, but there isn’t reliable information regarding the process of reheating. Everyone wants their leftovers to taste like it did when first cooked, and the good news is, when it comes to puled pork – it can. But before we get into the different steps, there are two main concerns every BBQ pitmaster takes into consideration — preventing the pulled pork from drying out and food safety.

Avoid drying out the pulled pork

Reheated foods can fall short when compared to the original product. With pulled pork, the most common problem is dry meat. Thankfully, the solution is to simply add liquid when reheating. Apple juice is a favorite amongst BBQ masters because the enzymes in the juice act as a natural tenderizer. Using the drippings during the cooking process is also another popular option.

Not only does the pulled pork stay moist during the reheating process but the apple juice or drippings add additional flavor layers like sweet, tangy, and smoky. Other commonly used liquids include drippings, water, apple cider, liquid smoke, butter, corn syrup, and even beer and wine. For simplicity sake, we’ll refer to any of these options as the liquid of choice.

Saving the drippings from the cooking process is relatively simple. Pour the drippings into a container after they’ve cooled and put in the freezer for 30 minutes.

Using the fat isn’t recommended for reheating pulled pork but can be used when cooking other items like greens, asparagus, carrots, onions, and much more.

Storing pulled pork to be reheated

The other top concern BBQ chefs take into consideration when reheating pork is food safety. Unless handled properly, bacteria will grow and could result in food poisoning. To avoid such an awful result, chefs and pit masters will always portion out (sealed bags work the best) the pulled pork no more than two hours after it’s been cooked (unless it’s being held in a warmer). Add a couple tablespoons of drippings to sealed bags prior to refrigerating or freezing.

If you’re not planning on eating it the next day, store the pork in a freezer. To thaw, simply move it to the refrigerator for a minimum of 24 hours. No matter the steps used to reheat pulled pork, the meat must always reach an internal temperature (not surface) of 145 degrees and then be served immediately.

Everyone has their own favorite technique to use when reheating pulled pork. Some work great and others are a bust. In keeping things simple, we’ve compiled the top seven tactics BBQ masters typically use. Anyone can use these techniques, and you don’t need to be a professional chef.

Each approach depends on your choice of equipment. Some prefer the smokiness of a grill while others only have access to a microwave. Either way, following the steps for each method, will ensure your reheated BBQ pulled pork tastes like it did when first cooked, and possibly even better.

After completing any of the following pulled pork reheating methods, add the regional finishing sauce of your choosing, serve, and enjoy.

Reheating pulled pork on your grill

Reheating pulled pork on a grill involves using indirect heat, as direct heat will dry out the meat (even with added liquids). To prevent drying from taking place, use only one half of the grill (charcoal or propane) and place the pulled pork on the opposite side. Low to medium heat is recommended.

The most commonly used method for grill reheating is to wrap the pulled pork in two layers of foil. Before sealing the pouch, add ¼ cup of your liquid of choice into the foil wrapping. Place the foil pouch on the cool side of the grill and keep the lid closed. Be sure to check the temp of the pulled pork after 30 minutes.

A secondary option would be to add ¼ cup of choice liquid to the bottom of a foil pan and then add the pulled pork. Cover the pan with one layer of plastic wrap (it won’t melt) and then foil for a second layer. Place the pan on the cool side of the grill with the lid closed and check after 30 minutes.

Once the pulled pork reaches an internal temperature of 145, place the meat in a preheated foil pan over the direct heat side of the grill for several minutes. This will allow the bark to crisp up, providing additional flavors and textures. If the pork butt isn’t pulled yet, it can be placed directly on the grill.

Reheating pulled pork in the oven

Reheating pulled pork in an oven is the most commonly used technique by chefs in restaurants. If you have the equipment available, a perforated steam pan or wire cooling rack placed into a deep pan over your liquid of choice will produce optimal results every time. If not, a standard baking pan with the liquid added to the bottom will work too. 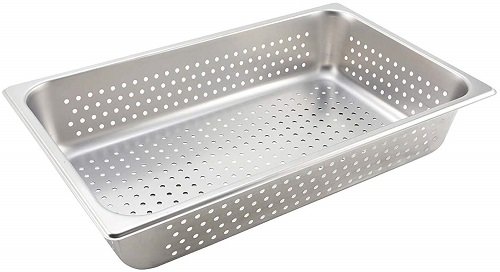 Preheat the oven to a minimum of 250 and no more than 300 degrees. If reheating at a higher temperature, be sure to stir the contents regularly. Doing this will prevent the pulled pork from sticking and burning to the bottom and sides of the pan.

Cover the baking pan with one layer of plastic wrap followed by another layer of foil and crimp the sides down tight. The idea is to lock in the moisture while reheating the pulled pork. Check it every 30 minutes until the pork reaches the desired internal temperature of 145 degrees. If you want to crisp up the bark, remove the wrapping and foil and place under the broiler until desired crispiness is achieved (it won’t take long).

Once fully heated, transfer the pulled pork to a separate bowl or container and add your preferred finishing sauce. Then serve and enjoy.

Reheating pulled pork on the stove

Ideal for reheating small amounts of pulled pork in a short amount of time, using the stove to reheat pulled pork is a viable method. The trick to reheating on the stove is to use medium to medium-low heat. This will keep the meat from burning and the choice liquids from scorching. As with most stove-top reheats, be sure to stir often.

Place a small amount of choice liquid (1-part liquid to 4-parts pulled pork) in the bottom of a sauté pan and place over medium-low heat. Add the pulled pork and stir often. In between stirring, be sure to cover the pan with a fitted lid, this will trap the moisture and help keep the pulled pork moist.

Another option is to place extra optimal liquid (2 1/2-parts liquid to 4-parts pulled pork) in a sauté pan and reheat the pulled pork on medium heat until it reaches a temperature of 145 (be sure to still stir often). Pour the contents in the sauté pan into a strainer to remove the excess liquids and then return meat to the pan.

Lower the stove-top heat to low and add the finishing sauce. Continue to heat for another two minutes while constantly stirring, then remove from heat and serve.

Reheating pulled pork in a crockpot or slow cooker

Add 2 1/2-parts of choice liquid to 4-parts pulled pork into the crockpot or slow cooker. Set the temperature on low and cook for 2 hours. Remove a small portion of the pulled pork and temp to make sure it’s reached 145 degrees. If not, continue reheating until the desired temperature is reached.

Use a skimmer spoon or strainer ladle to remove the pulled pork from the choice liquids in the crockpot or slow cooker. Place the pulled pork in a separate container, add finishing sauce and serve. Pouring all contents into a strainer will work too if it is poured away from the body and the crockpot bowl isn’t too heavy to manage properly.

Reheating pulled pork in the microwave

Using a microwave isn’t a top choice amongst BBQ purists, but if it’s all you have or are short on time, it’ll work like all the other techniques. Using a microwave-safe container (glass or plastic), add 1-part liquid of choice to 4-parts pulled pork.

Loosely cover the container to trap in moisture and heat on a medium to a medium-low setting. Heating on full power will make the pulled pork tough while drying out the pieces on the top and sides of the container.

Reheat for 1 ½ minutes and then stir. Continue reheating at 30 seconds to 1-minute intervals, always stirring before starting another round. Reheat the pulled pork to 145 degrees, strain off the excess choice liquid if you want, and add finishing sauce to serve.

Reheating pulled pork Sous Vide style is another popular restaurant life-hack which many chefs use. To use this method, a decent vacuum sealer (creates an air-tight seal) and the appropriate sous vide vacuum seal bags must be used.

Before sealing the pulled pork in a sous vide vacuum seal bag, add drippings. Seal and store in either a refrigerator or freezer. If frozen, thaw for 24 hours in the refrigerator prior to reheating.

Bring a pot of water to a boil, making sure there is enough water for the bag to be submerged in. Pre-boil the water and reheat for approximately 30 to 45 minutes. Remove the bag using a skimmer spoon or tongs and cut open with kitchen shears.

Pour the contents into a separate container and add finishing sauce, then serve and enjoy. Using the vacuum sealing and boiling method will retain the smokiness flavor achieved from the original cooking process, having the pulled pork look and taste just like it did when first cooked.

Steaming pulled pork as a method of reheating has become quite popular, especially amongst chefs and BBQ masters who want a healthier option. All that is required is a steaming basket which fits properly over a pot. A crockpot, slow cooker, or stove-top pot can be used for the steaming technique.

Add a proper amount of choice liquid (apple juice is preferred for this method) and bring to a boil. Place the pulled pork into the steaming basket after the choice liquid has come to a boil and steam for approximately 30 minutes. Be sure to stir while steaming, so the meat is reheated evenly.

Temp the pulled pork and make sure it’s reached 145 degrees and then remove from the steaming basket into another container. Add the finishing sauce and then serve or leave off the sauce and enjoy in its natural state.

How Many Times Can Pulled Pork Be Reheated?

Pulled pork can be reheated as many times as you like, however, proper steps must be taken to avoid bacterial growth and foodborne illnesses. Most state-regulated health departments enforce a one-time reheating on restaurants and food vendors. The reasoning behind this is because with each reheating, the quality of the product diminishes and the chances for foodborne illnesses increase due to mistakes and improper handling.

Use any of the previously mentioned pulled pork reheating techniques and enjoy until there’s nothing left. 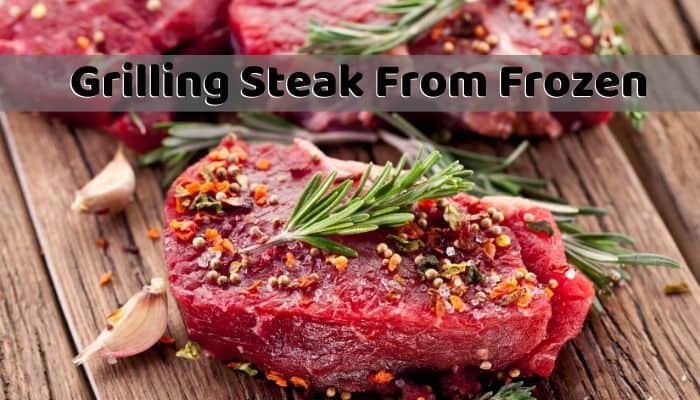 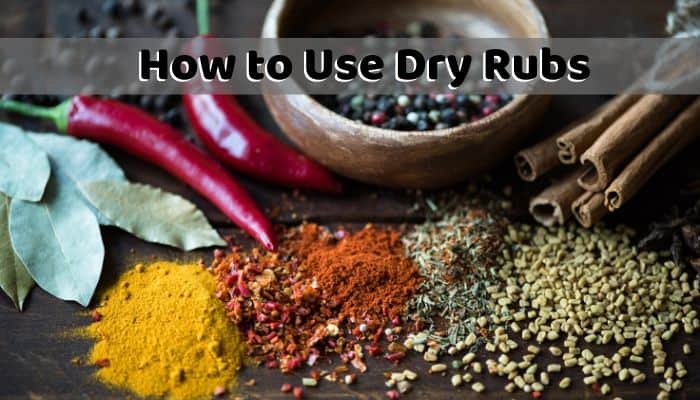 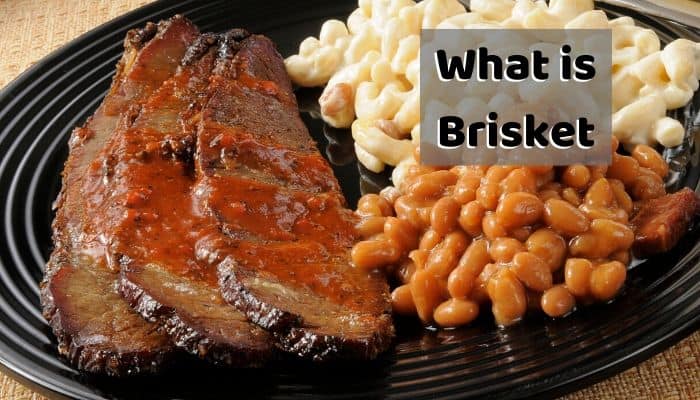 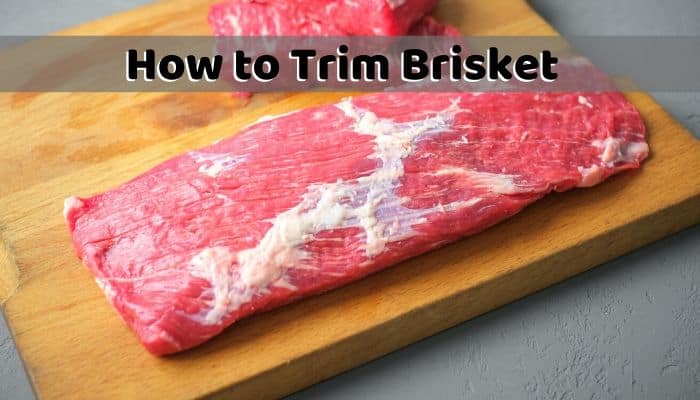