For the most part, being thrust into the public eye with any sort of negative connotations is not the best way to build a loyal fan base. However, despite being a somewhat prominent running gag on the hit comedy Scrubs where it is strongly inferred that the drink may be a bit girly, the Appletini cocktail has managed to gather a bit of a cult following.

It is certainly a drink that polarizes opinion – purists will always say it has no right to its “tini” status due to the lack of Gin, whereas fans point to the sharp, crisp taste which sets it apart from many of its rival drinks. One thing is certain though, the apple martini cocktail (or appletini to those in the know) has certainly become an iconic choice of drink that owes a great deal of its success to pop culture.

How To Make An Appletini Cocktail

Originally known as an Adam’s apple Martini, the drink was born in Lola’s bar in West Hollywood. Although no actual date can be agreed upon it is known to have made its debut in the mid to late 1990’s.

As it is a straight up drink, the best way to make a non-alcoholic Appletini cocktail is to steer clear of any form of soda. Therefore only juices and syrups should be used. The methodology remains the same which makes a virgin Appletini an absolute breeze to make.

In our recipe above we have tried to give you near enough the original Appletini recipe. You will see however many different recipes for Appletini which might leave you feeling a little confused. The simple answer is that there is not a single “definite” recipe that should be adhered to due, mainly to its popularity and subsequent bastardization.

The fact is there are so many variations that it is widely accepted that using a vodka and apple schnapps base suffices for a cocktail being called an Appletini. This means you will find recipes that may include ingredients such as apple cider, apple brandy, Vermouth, Calvados and many others.

Variations of Appletini sometimes substitute the base liquors such as the Rumpletini which uses Rum instead of Vodka.

Amazon has a great selection of gifts for cocktail drinkers. Below are some they offer that will be good for people that drink Appletini cocktails 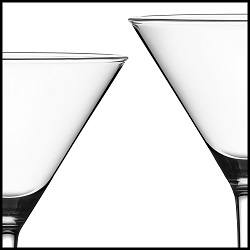 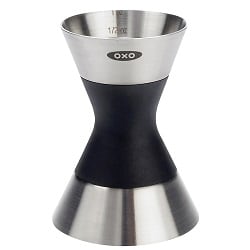 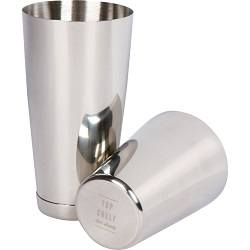 Scot Mac is a respected author of GoShindig.com. His wealth of experience in everything to do with outdoor entertaining makes him an expert in all the subjects covered on this site. He is a genuine all-rounder. Scott's past experience has been as an events organizer of a management company in Europe. Specifically for outdoor entertaining. BBQ grilling has later evolved as a passion and is another skill that makes him a perfect match for GoShindig.

Appletini – How to make an Apple Martini Cocktail Drink