An old school classic cocktail, and one of the easiest drinks to make. If you love gin then the Gimlet drink is one to try. The Gimlet is light green in color with a punchy sharp lime flavor – a drink to sip and savor.

How to make a Gimlet Cocktail

1. Add ice to the cocktail shaker
2. Pour in the gin and sweetened lime juice and give a good shake
3. Strain the drink into the cocktail glass
4. Add a slice of lime.

The main theory that seems to be excepted by mixologists is the Gimlet cocktail was a drink that came about to fight scurvy in the British Navy. One school of thought is that Surgeon Rear-Admiral Sir Thomas Gimlette (hence the cocktail’s name) use to recommend this drink to his shipmates as an anti-scurvy medication. Another, more likely explanation to how the Gimlet got its name is it was named after a tool used to pierce barrels – a gimlet.

The reason why the Royal Navy would be carrying lime on board was due to the 1867 Merchant Shipping Act. This specified that all British ships must carry limes in order to combat scurvy. This wasn’t an easy law to follow, as limes would spoil on long sea journeys. Thankfully for the sailor’s this problem was solved by Lauchlin Rose, who discovered and patented that fact that you could preserve lime juice by adding sugar to it rather than alcohol. He called this drink Rose’s Lime Juice and is still used to make Gimlet cocktail drinks today.

If you plan to make a Gimlet mocktail at home, opposed to buying one at a bar, then you can make a non-alcoholic gin simply by infusing the ingredients of gin in water. So let juniper berries, some citrus peel and herbs soak in water over night and then strain this mixture before using it.

Another way, a more costly way, but with less effort is buy an alcohol-free gin from a company like ArKay.

It is said that on Royal Navy ships the sailors had their Gimlet with rum and the officers had theirs with gin. A popular variation is therefore to replace the gin with rum (also vodka is also a popular replacement).

Rose’s lime juice is just sweetened lime. So many bars will often give you fresh lime juice with either a splash of simple syrup or soda.

The Gimlet originally had 50% gin and 50% lime juice. This has changed over the years to suit modern tastes. So feel free to play around with the mixture to match your preferred taste.

Amazon has a great selection of gifts for cocktail drinkers. Below are some they offer that will be good for people that drink Gimlet cocktails 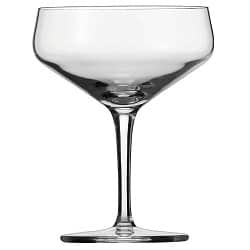 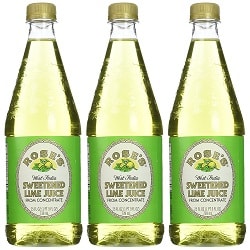 How to Make a Gimlet Cocktail Drink – Recipe, Mocktail and Variations

Home » Cocktails » How to Make a Gimlet Cocktail Drink – Recipe, Mocktail and Variations

2 thoughts on “How to Make a Gimlet Cocktail Drink – Recipe, Mocktail and Variations”