A visually stunning cocktail classic. If you want to bring a tropical feel to any party this is one of the drinks to go for. It’s easy to make and can be made in minutes. If you’re about to have your first blue lagoon cocktail be prepared for a surprising taste. The look doesn’t reflex the flavor; your taste buds will be hit with a tangy citrusy punch, and not that of a sweet tropical cocktail the blue look suggests. 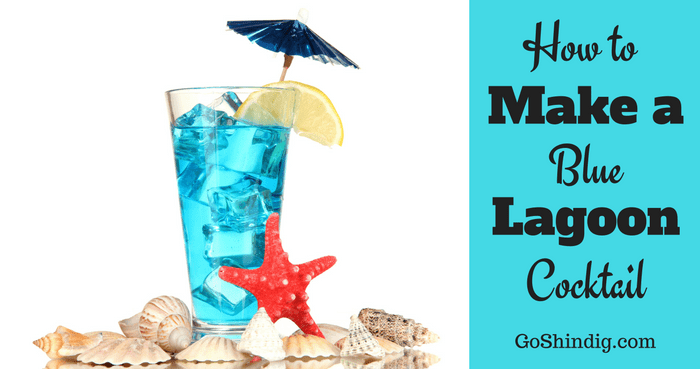 How to make a Blue Lagoon Cocktail

1. Fill your highball glass with ice cubes
2. Using the larger end of a jigger, measure 50ml of vodka and pour in the glass
3. Use the small end of the jigger to measure 25ml of blue curacao liqueur and pour on top
4. Top the glass with lemonade and use your stirring spoon to mix the drink
5. Use a fruit garnish pf your choice to decorate

The Blue Lagoon was born in Paris in what’s one of the world’s most famous bars – Harry’s New York Bar, or at least that’s the most popular story of the origins of this wonderful cocktail. No one really knows for sure when or where, but as we’re unable to time travel and find out let’s hear the story of the blue lagoon cocktail as it’s widely believed today.

Harry’s New York Bar formally just New York Bar is a small drinking establishment in the heart of Paris. It opened in 1911 by an American jockey for the purpose of entertaining American clientele. Although Tod Sloan, the jockey, owned the bar the brains of the business was Scottish barman Harry MacElhone. When Sloan ran into financial problems it was Harry the bought his business and this is also when it became Harry’s New York Bar.

Harry made his bar a massive success, attracting stars from many different areas of American life. Harry left the bar to his son, Andrew MacElhone, and it’s Andy that’s attributed to creating the blue lagoon cocktail. The original recipe was made with Vodka, Blue Curacao and freshly squeezed lemon juice (which has now been replaced with lemonade)

You can add any color of Curacao to vodka and lemonade and it will not affect the taste. This is because they all taste the same, the different colors are just to help make beautiful cocktails. The history behind curacao is pretty well known, dates are sketchy, but the manner in which this drink came about is well known.

Firstly, Curacao is a Caribbean island and it is from here curacao liqueur got its name. The island was discovered by Spanish explorers. These explorers wanted to develop the island into agricultural land for growing oranges. Unfortunately for the explorers (and good news for people that love the blue lagoon drink), the temperature of Curacao was too hot to grow edible oranges and they abandoned the idea. Leaving the plants to grow wild.

After many years the plant became its own subspecies and was given the name Golden Oranges of Curacao. And an unnamed person soon realized the skin of this new orange contained oils which would make for an excellent drink. And thankfully this unique landscape has helped create one of the popular liqueurs used in many cocktails. For more info on buying a Genuine Curacao Liqueur visit their site for details

As with most non-alcoholic cocktail (mocktails), it’s tricky getting the taste perfect and it’s often more a case of getting the drinks to look the same. And for the blue lagoon mocktail if the look is all you’re after then you can mix any blue colored simple syrup with a sprite or 7-up.

But if you want to go the extra mile you can buy blue curacao syrup (be sure it’s the syrup and not the liqueur if you want it non-alcoholic). Monin blue curacao is probably the best such syrup available and will give the mocktail a real blue lagoon taste.

Use gin instead of vodka.

Use pineapple juice instead of lemonade. When you mix Blue Curacao with pineapple juice, it turns a green color. So this variation turns it into a Green Lagoon.

Being such a vibrant blue color, the blue lagoon is perfect for over the top decoration. Umbrellas and fancy straws look great with this drink. And although lemon was the original fruit garnish given to a blue lagoon, a good tip is to use maraschino cherries, as the reds against the blue create a stunning combination.

Amazon has a great selection of gifts for cocktail drinkers. Below are some they offer that will be good for people that drink blue lagoon cocktails 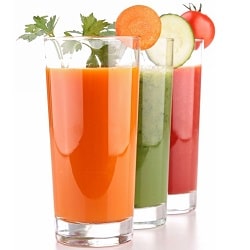 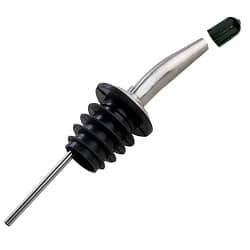 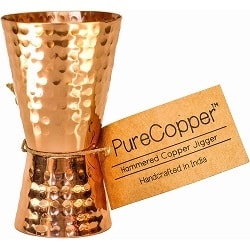 How to make a Blue Lagoon Cocktail Drink – Recipe, Mocktail and History